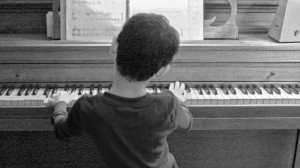 How often is your inner critic stopping you? sabotaging you? So often!

At least mine does that quite often.

It’s enough of inner critics! They just talk to much. Their broadcast is boring and toxic. Next time he/she speaks, tell him you don’t have time for him/her. Concentrate in the matter at hand. Keep walking. Keep playing.

Above all: Don’t give up!

Impossible? You ARE Possible

Take the call towards greatness

Your Fear Your Best Friend

Be Ready to Receive It: It’s done